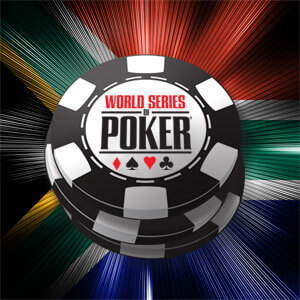 An Overview Of Poker in South Africa

Not so long ago, we South Africans could only play online Video Poker, which isn't the same as normal online poker. Yes, we could of course take a trip to GrandWest Casino or Monte Casino or even Sun City, but we were missing out on playing online poker against international competitors.

Poker Game varieties like Texas Hold 'em, 5 Card Stud & 7 Card Stud online poker are very popular games where you either play against a computer or a real human being.

The Impact of Televised Poker Matches

Online poker truly exploded in 2004, thanks to televised poker matches. Everybody wanted in on the action, and more South Africans began playing online. The television coverage of the World Poker Tour (WPT) on ESPN's TV broadcast of the World Series of Poker (WSOP) lured many new players. It also excited "kitchen table" players, who now wanted to play more and take part in big tournaments. The TV coverage also led to many poker players converting to the Texas Hold'em poker variety.

The great thing about online poker is that anyone has a chance to win big. A South African called Raymond Rahme, who only started playing the game after he retired at the age of 60, ended up third at the World Series of Poker in 2007. His $3 million prize proves that poker is indeed anybody's game!

South Africans have always enjoyed playing poker but it took the broadcast of some televised games in 2004 to reignite the fire. We are lucky to have some of the world's best online poker rooms at our disposal.

We have some great poker software packages to choose from. You will find top class poker software such as Titan Poker, Party Poker, Poker Stars and Lucky Ace Poker, just to mention a few. More and more international online poker rooms are looking at South Africa as a potential market. And why not? We have a stable economy and are known to be good winners!.

Play In Rands
South Africans are welcome at most online poker rooms, although only a not many of them will allow you to play poker in Rands (ZAR). Just remember that you don't have to play in Rands as currency conversion is quick and easy when you are purchasing credits using your local credit card.