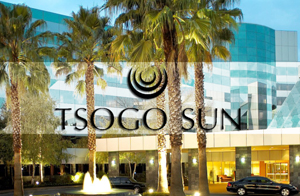 Tsogo Sun revealed that it intends rolling out a new product of affordable accommodation at some of its South African casino resorts. The rooms will be part of a ‘limited service’ brand, meaning that they won’t include some of the amenities that larger hotels have. But while they will exclude things such as conference facilities and internal restaurants, they will be more affordable for visitors overall.

Tsogo Sun plans to launch the first 123 rooms at its flagship Montecasino property in Johannesburg in December this year. During 2021, the second project will open at the Silverstar Casino. The hotels will serve complimentary breakfasts and will have room-only operations.

It will cost Tsogo Sun around R75 million to build a modular-design hotel of around 120 rooms. The group has plans to build at least 10 of these economy-class hotel at casino resorts, with the hope that it can find appropriate sites for all.

In a recent full-year financial report published by Tsogo Sun last week, the group showed that its hotel segment had a loss of R59 million. Occupancy levels at Tsogo Sun hotel properties dropped 1.2% to 63.5% and average room rates increased 2% to R1,064 a room.

• KwaZul Natal – Performance of hotels in this province was the same as last year.
• Johannesburg and Pretoria – In line with last year’s performance. Sandton performed better than Pretoria and offset the latter’s poorer results.
• Cape – A poor year performance, especially due to the Western Cape water crisis which affected local hotels and casinos.

The group is set to begin to keep its hotels business separate from its casinos from next month, when Tsogo Sun hotels head to the Johannesburg stock exchange as a different entity.

“The gaming and hotel divisions operate in distinctly different markets and service different customers. The separation of the group into two focused companies will provide Tsogo shareholders with greater investment choice and the ability to elect their exposure to Tsogo Sun Gaming (TSG) and Tsogo Sun Hotels (THL) respectively,” wrote Tsogo Sun in it annual report.

“The separate listing of THL will provide shareholders with transparent disclosure relating to hotel operations and allow for the valuation of the hotel group without discounts for gaming-related regulatory risks (gaming taxes, smoking regulations, etc.),” it said.

This entry was posted by on Wednesday, 29 May 2019 09:24 in blog Blog subscribe
Leave a reply
You are not allowed to leave a reply!