New Games From NetEnt Software Group in May 2019 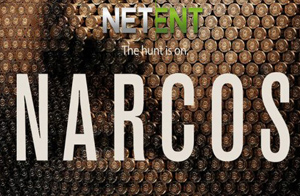 It’s a new month and it’s time to take a look at some of the new slot games we can expect to find at our favorite online casinos this May. Today, we check out the two new titles expected by the online casino games and software provider, NetEnt

Let’s start with the game that everyone has been talking about, ever since it became an award-winning Netflix TV series. The idea of producing Narcos slot, based on the series about a Columbian cartel and its powerful drug lord was first announced at the ICE Gaming event in February last year.

It took NetEnt until now to get the game exactly right and ready to roll out, and it’s worth diarizing May 23rd, 2019 as the day to look out for Narcos slot at online casinos powered by the group.

The new Narcos slot is a 5 reel, 3 row, 243 fixed pay line game that was produced in association with Gaumont Film Company. The game is packed with cool cartel-themed bonus features.

Look out for the Locked Up feature which is activated when three or more of the Locked Up symbols land on the same row. You can maximize your win potential by landing Golden symbols during this feature.

Land three scatter symbols to trigger 10 free spins, while the Walking Wilds feature keeps the wilds moving horizontally across one place to see bigger win returns. A randomly activated Drive By feature is triggered when a cartel car approaches the slot reel and performs a drive-by. The bullets can turn high value symbols into wilds.

With so much excitement generated by the release of Narcos slot, the second game, the rollout of Arcane Reel Chaos may be slightly overshadowed this month. But you’ll have plenty of time to explore this slightly insane 20 line game. Arcane Reel Chaos slot is a superhero themed game that boasts some of the coolest graphics we’ve seen. Familiarize yourself with heroes such as Pysop and Chronos who battle DeepPockets, the resident villain. We can promise some great bonus features on this game as well!

This entry was posted by on Friday, 03 May 2019 08:30 in blog Blog subscribe
Leave a reply
You are not allowed to leave a reply!