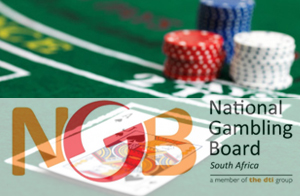 A new monitoring system has been introduced by the South African National Gambling Board, and the government hopes that it will generate more revenue for the Limited Payout Machine industry in the county. Dr. Rob Davies, South Africa’s Minister of Trade and Industry, said that the implementation of the National Central Electronic Monitoring System, or NCEMS, will also create more job opportunities across the industry.

The system, known commercially as Evolution, went live in South Africa on December 18th. According to Davies, the system “brings completely new technology to the LPM industry.”

“With the advanced technology upon which the Evolution system is based, the industry will find itself being supported far more efficiently, while punters will also benefit from newer, more user-friendly ways of gambling on LPMs that would enable the industry to grown,” he said.

Under the terms of South Africa’s National Gambling Act (2004), the National Gambling Board is obliged to supply, operate and maintain a National Electronic Monitoring System. This allows the Board to detect and monitor significant movement on Limited Payout Machines used in South Africa. The system analyzes the data and reports it to the NGB.

Davies said that the advancement in technology would ultimately not only lead to greater revenue being generated by the LPM industry, but would also see the creation of more job opportunities as the industry prepares for further growth.

The National Gambling Act allows the outsourcing of the installation and operation of the new system. Up until now, an outdated system had been supplied by Zonke Monitoring Systems which provided limited value to punters and operators alike. The new NCEMS service provider, Route Monitoring Ltd., was introduced by Minister Davies, who also congratulated the group on its appointment.

“This is a defining moment in the history of the LPM industry, as the baton has been handed over to them to run with for the next eight years,” said Davies. “We look forward to the beginning of a new era in the LPM industry under Route Monitoring, which will allow all of the stakeholders to

This entry was posted by on Thursday, 28 December 2017 12:05 in blog Blog subscribe
Leave a reply
You are not allowed to leave a reply!