NetEnt Group Reports on Excellent First Quarter of the Year 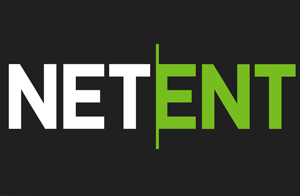 After a disappointing end-of-year report for NetEnt that was shown in its 2017 Fourth Quarter numbers, the group was delighted to post better achievements in the first three months of 2018. According to Therese Hillman, the acting chief executive officer for NetEnt, total revenues for the group increased by 9.3% to R600,000,000. Not including a one-off severance pay to the previous CEO, Per Eriksson, and profits would have increased by 10.4%.

It has been a busy few months for NetEnt which signed on six new customer agreements in the quarter that began at the beginning of the year and run until March 31st, 2018. In addition, six new customers’ casinos were launched. NetEnt said that it had seen overall solid performance in locally regulated markets and a key contributor to growth was the Italian market. NetEnt also provides its premium online casino games to South African facing gaming sites such as Yeti Casino, Vegas Hero Casino, Dream Casino and Africasino.

NetEnt promised that for the full year of 2018, it plans to release 21 new slot games in total, which is an increase of the 14 new games that went live in 2017. It will also roll out more customized solutions with exclusive games in Live Casino.

“For the remainder of the year, we see conditions for better growth, supported primarily by regulated markets, more new games and new customers,” said Hillman. “We continue to work on optimizing the organization and to make sure that revenues grow more than costs.”

NetEnt has been in the news a lot recently, especially when it was reported a few weeks ago that the casino group had created another multi-millionaire. A lucky player hit the jackpot of Hall of Gods slot on his mobile and won an eye-watering R100,171,474!

This entry was posted by on Wednesday, 02 May 2018 08:36 in blog Blog subscribe
Leave a reply
You are not allowed to leave a reply!