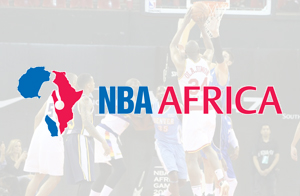 We are in the middle of the 2018 FIFA World Cup and football fever across the African continent is at an all-time high. Africans love their sports and once the world cup is over, they will tune into the second biggest sport in Africa – basketball.

The National Basketball Association (NBA) has a decent fan following throughout Africa and the NBA is looking to expand its fan base in Africa. The NBA has targeted the African continent for a number of years ever since it launched its Basketball Without Borders (BWB) Africa camp way back in 2003.

The NBA has also come up with a number of initiatives over the years to expand its market base in Africa and also to encourage young African to take to the sport of basketball. The biggest initiative was in establishing the NBA Academy Africa in 2017. Kita Matunuglu who is the director of basketball operations for NBA Africa is excited about what the academy can do in finding and raising young basketball talent across the nation.

In a statement, Matunuglu said“There is a great amount of talent in Africa, but we are more focused on making the game of basketball more accessible and getting kids to play rather than scouting the talent. There is naturally place for that since our launch of The NBA Academy Africa in Senegal last year, which is focused on elite talent development.”

The NBA has welcomed African players before who have gone on to accomplish much. Some of the top African players over the years include Hakeem Olajuwon, the NBA Champ who was drafted in 1984, Steve Nash who was born in South Africa and Hall of Famer Dikembe Mutombo.

The NBA is set to grow in popularity as an NBA Africa game is scheduled to take place later this year when Team Africa will take on Team World on August 4 at the Sun Arena in Pretoria, South Africa. A number of All Stars will be present for this game including DeMar DeRozan and Joel Embiid.

This entry was posted by on Friday, 06 July 2018 13:21 in blog Blog subscribe
Leave a reply
You are not allowed to leave a reply!