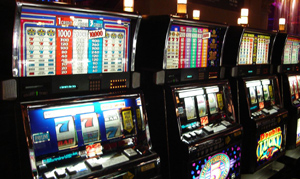 The Namibian government’s move to update the country’s gambling laws has left the industry reeling, with many operators buckling under the resulting financial pressure. The government announced its intention to amend the Casinos and Gambling Houses Act of 1994, section 54 and to force casinos and other gambling institutions to pay more. Casinos will need to pay an annual gambling license fee, as well as a flat rate for each gambling machine on their premises. They would also see a 5% increase on the monthly levy on income generated from gambling machines and tables.

Servasius Kapinga, the deputy director for gaming control at Namibia’s environment ministry, said that there was a big need for change. “Nothing was done for 20 years,” he said. “Nothing changed, but rates and prices changed and were adopted by all around us, so it was decided that it was time for a change.” Kapinga said that the impact of the new levies “should not be too great.”

“Obviously it is for someone who is making money to share some of it,” he said, “but for so long, it has been so low.”

As a member of the Gaming Regulators Africa Forum, Namibia needs to review its levels on its gambling industry on a regular basis.

Other big changes expected for the country’s gambling industry when the new Gaming and Entertainment Control Act, which has been under review since 2011, will finally be implemented before the end of 2017. Casinos will see even stricter regulation of their operations, such the registration of all gambling machines.

This entry was posted by on Wednesday, 04 October 2017 07:54 in blog Blog subscribe
Leave a reply
You are not allowed to leave a reply!