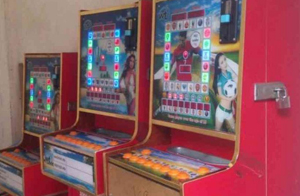 The Nariobi High Court heard the argument presented by over 500 betting shop owners who complained that they were being harassed and exploited by the authorities even when they were running a legal gambling operation. Justice Wilfrida Okwany ruled in favour of the betting operators and instructed the government to immediately stop their crackdown on gaming machines.

This is not the first time that the High Court has instructed the authorities to leave local betting operators alone. The Court issued an order in 2016 and for a few years things were calm.

Rampage On Betting Machines Brought To A Halt

The government went on a rampage in June and targeted betting operators by confiscating their machines and setting them ablaze. The government stated that the reason for the crackdown was that numerous betting operators were functioning with a license and were causing problems in society by encouraging youngsters to steal and place bets on sporting events such as the on-going FIFA World Cup.

However those claims have been rebutted by over 500 betting shops who claim that even though they were licensed and running a legal betting operation, the government had seized their machines and caused them to suffer significant losses in revenue.The betting operators have alleged that more than 2,700 gaming machines have so far been confiscated and the money within them has been stolen.

Samuel Kahiu, the chairman for the Counties Amusement and Gaming Society of Kenya has accused the authorities of targeting him and launching a witch-hunt to damage his business.

In a statement, Kahiu said “I’ve been at the forefront advocating equal treatment of big players and ordinary Kenyans in the betting industry. I’ve been asking the government to treat all of us equally. This has led to a direct attack and confiscation of my machines in a bid to silence me. The crackdown was improperly executed at my Syokimau Stores.”

The authorities did raid Syokimau Stores when Kahiu was absent and there are rumours that they looted the machines and then set them ablaze. For now, betting operators in Kenya will be able to breathe a sigh of relief and look to resume business operations as usual.

This entry was posted by on Wednesday, 04 July 2018 10:51 in blog Blog subscribe
Leave a reply
You are not allowed to leave a reply!