Nairobi Betting Commission to Crack Down On Operators 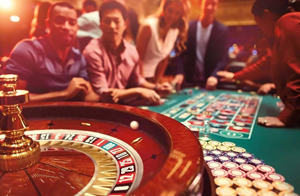 Nigeria’s gambling industry has grown considerably in the last few years but most of the growth is from the illegal casino industry. The Betting and Gaming Control Commission recently confirmed that only 23 casinos, in five of Nairobi’s 85 wards, are operating with a license.

The figures were revealed Tuesday before the Sectoral Committee on Trade, Tourism and Co-operatives. Casinos that are not included in the list are operating unlawfully and should be stopped, said Geoffrey Mwithimbo, acting director of betting and gaming control.

Kenya’s Betting Control and Licensing Board is currently responsible for the issuance of casino licenses and permits across the country.

It’s also been reported that an increasing number of betting entities are operating illegally in some of Nairobi’s residential states. This has sparked concern among officials, with Kariokar ward representative Millicent Mugadi noting that young people and school children in particular have become hooked and are now directly affected by problem gambling. He added that parents are totally unaware of the actual scenario inside these gambling rooms.

Charles Thuo, trade committee chairman, said the county should be blamed for allowing local businesses to operate these casinos against the law. He called for the closure of all gambling establishments in residential areas as well as unlicensed casinos operating throughout the county.

The County government wants to get its fair share from the casino industry and has submitted a proposal the National Assembly calling for a 30 percent tax to be imposed on licensed casino operators.

In a statement, Alan Igambi, Finance Executive for the County said “We are currently getting no revenue but through the proposal, we are looking at a 30 per cent revenue share.”

This entry was posted by on Friday, 03 August 2018 10:55 in blog Blog subscribe
Leave a reply
You are not allowed to leave a reply!