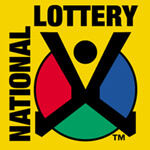 It has been a lucky month for South African Lottery players, with three new people joining the magical multi-millionaire list in recent weeks.

Gidani, the current operator of the South African lottery put out a statement which reported on the lucky winning streak of local lotto players.

"It took four weeks for South Africa to have three additional people in its list of multi-millionaires," said an enthusiastic Dudu Ndendwa, a spokesperson for Gidani. "Luck truly follows the hopeful."

The latest winner was a man in his 50's from the Limpopo region who hit the Powerball Jackpot over the weekend and walked away with a staggering R24 million! The big prize was the result of few weeks of rollover, which sees the prize pool grow each time.

The lucky player matched all five numbers and the Powerball to take home the R24 million prize, and he was still struggling to come to terms with the massive changes he will see in his life. For now, the winner is planning on purchasing eyeglasses, a car and a home of his own with his prize.

Another man also became a millionaire fifteen times over on the weekend, when he hit the jackpot. The Gauteng man in his forties played the lottery and then checked the results in the newspaper on Sunday. He said about the moment when he found out that he was a winner: "I was numb. I was overcome with a mixture of excitement a, confusion and fear."

Not one to take chances, the man checked the numbers over and over again until he was absolutely positive that he was the winner of the R15 million lottery jackpot. It was only after making sure did he share the good news with this family.

"I kept my ticket safely in my wallet and kept it with me all the time," he said.

The winner already has many plans for his prize, including putting his children through the best schools that his money can buy, investing in his business, helping out relatives in need and putting what is left away for the future.

At the end of August, another man from Gauteng also won R15 million, and he too will help his family, buy a new home and invest the remainder. More than anything, the 31 year old said that he intended on leading a normal life, despite his new status as a new South African multi millionaire.Click here for Lotto Results | Click here for Powerball Results

This entry was posted by on Monday, 06 October 2014 00:00 in blog Blog subscribe
Leave a reply
You are not allowed to leave a reply!