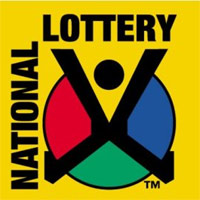 South African National Lottery was established in 2000 and it is regulated by the National Lottery Commission. Since 2015, National Lottery is operated by Ithuba as the official operator of the most popular form of gambling in this African country. Lotto can be played by people over 18 years of age by buying tickets and choosing six different numbers by a player or automatically by the computer. Since July 2017, instead of 49 numbers, players choose their lucky numbers from a set of 52 numbers and can play two additional games for better odds of winning. They are Lotto Plus 1 and Lotto Plus 2.

How To Play The Lotto?

To play South African Lotto, you have to choose a combination of six numbers from 1 to 52 and buy one or more tickets. If you do not want to choose the numbers, it can be done by the computer. This option is called QuickPick and it is available at different prices depending on the number of combinations you want to play. The ticket price for a classic Lotto combination is R5, while the price of the bonus games is R2.50 each. You need to be at least 18 years old to buy the Lotto tickets.

During the broadcast, the 6 winning numbers from the set of 52 balls are drawn plus a bonus number. This additional number provides more ways to win especially for those players who match five numbers. Mathematically speaking, the odds of winning the top prize Lotto jackpot are one in almost 14,000,000. As this is a game of chance, you cannot devise a winning strategy but you should try to have a mix of odd and even numbers. The possibility of drawing all odd or all even numbers is low as such combinations occur really rarely. Besides, all high or all low numbers are also rarely drawn and you should choose a mix of the numbers form the first and the second half of the numbers offered.

Besides buying Lotto tickets at lottery retailers and via SMS, you may also play it online. In order to take part in the Lotto game via the Ithuba website you have to register first on it or by sending your name and ID number via SMS or via the USSD string. As soon as your profile is registered, your virtual wallet which will store your funds will be created. You will also be required to submit a unique password in order to access your profile and wallet.

After you have completed the registration process you have to make a deposit into your Ithuba account and the credits will be added to your virtual wallet so that you can purchase tickets for the ongoing draw. You will be automatically charged a fee on all deposits placed into your virtual wallet as well as on any of your withdrawals. All the information on the fees and cashout limits as well as the methods of claiming the prize can be found on the Ithuba website.

What Does It Cost To Play The Lotto?

The price of one Lotto combination is R5. This price is effective since May 2016 while the bonus games providing you with additional chances of winning come at a cost of R2.50 each.

What Is Lotto Plus 1?

What Is Lotto Plus 2?

The Lotto prizes may be life-changing, especially if you match all 6 numbers and hit the jackpot prize. Due to the recent changes, players are now guaranteed prize payout which stands at R50 for matching three numbers instead of sharing the prize pool by all the players who won the combination.

Lotto Plus has also undergone changes, so from now on the jackpot in the second chance game will keep on rolling over until it has been won instead of rolling down which was effective until recently. Players who match 3 numbers in the Lotto Plus game are guaranteed a fixed prize standing at R20. Matching 2 numbers and a Bonus Ball in Lotto Plus 1 and Lotto Bonus 2 guarantees a win of R15.

A South African player won Lotto twice during the seven years period, so it is worth trying as you may hit win as much as R5,000,000 or more at only R5 price. If you buy more tickets featuring more combinations your winning chances will be increased.

When Does The Lotto And Lotto Plus Draws Take Place?