Look out for New Community Jackpot System at NetEnt Casinos 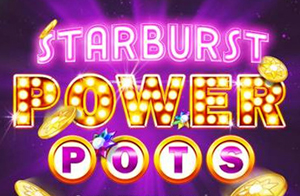 Always the innovator in the online gambling industry, NetEnt has announced a new gaming feature that should keep players entertained and rewarded. The Swedish-headquartered online software provider has developed a new jackpot concept which allows players to collect Starburst tokens. These tokens will be able to be used across multiple brands that work off the NetEnt platform and put players in line to win a community jackpot together with other NetEnt fans.

The concept is simple: To work together with other players to fill up a PowerPots progress bar. When this happens, the community pot is triggered and shared among players, including those who aren’t physically playing online at the time that the jackpot is triggered.

The director of games at NetEnt, Bryan Upton, shared his excitement about the new concept.

“Starburst PowerPots was developed in line with our customers’ and players’ expectations, taking cue on everything from art assets to mechanics,” he said. “We are using leading edge games design approaches to make this jackpot family with our most powerful games simple to understand yet compelling. Using the Starburst brand will create massive acquisition while these jackpot mechanics will drive huge engagement for players.”

Upton added that this was “community gaming without the over-engineering and overthought on what slot players really want.” He said that the product fit into any NetEnt operator’s portfolio and delivered any experience – from large life-changing cash prizes to “super-fast hitting jackpots”.

In more NetEnt news, it was announced that the group has managed to recruit a new person to head its NetEnt Connect product. The Swedish company recruited Patrick Mifsud Tomassi who was a former executive at rival software group, Yggdrasil Gaming.

Both companies supply games and software to many leading online casinos that are considered highly popular among South African players.

According to a news report, Tommasi began his new role at NetEnt’s Malta-based location this week and will head NetEnt’s new content aggregation platform, NetEnt Connect, which was launched last year.

This entry was posted by on Wednesday, 05 February 2020 07:36 in blog Blog subscribe
Leave a reply
You are not allowed to leave a reply!