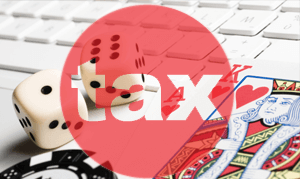 The Kenyan government’s decision to implement a new 50% turnover tax on all forms of gaming, betting and lotteries, has drawn the wrath of local gambling operators. The Kenya Association of Gaming Operators issued a complaint to the government that they had never been consulted about the issue of the new tax.

The chairman of the Association of Gaming Operators said that the implementation of the new gambling tax would undoubtedly cripple the gambling industry in Kenya. Robert Karauri said in a special meeting last week that the government had introduced levies on gaming in January this year, and they were already raising the tax significantly. The previous tax introduced at the beginning of the year saw the government charge 5% on lottery, 7.5% on betting, 15% for prize competitions and 12% for gaming. This was obviously preferable to the 50% tax recently announced.

Robert Karauri was speaking at a public participation meeting that was organized by the Kenyan Parliamentary Committee on Finance, Planning and Trade.

If paying such high taxes weren’t bad enough, players in Kenya’s gambling industry also had to pay corporate tax at a rate of 30%.

Should the new taxes go through, states Karauri, Kenya would have the dubious title as the country with the highest tax gambling industry in the world.

“The proposed 50 per cent tax will wipe out the gaming industry,” warned the chairman. “In the end, KRA will lose billions of shillings of revenue when the gaming operators close shop.”

Karauri also warned against a vacuum that will have to be filled after regulated and formal gaming is forced to leave Kenya’s market. He said that he had no doubt that illegal operators would be quick to fill the void.

“The unfortunate thing is that the government will create a black market for gaming in which the cash made from the industry will go out of the country to offshore sources,” he said.

Just as a comparison, South Africa’s gambling market is taxed as 9.6% in gross gaming revenue, while Canada takes in an average of 20% in gaming taxes. The United Kingdom taxes at a rate of 15%.

This entry was posted by on Friday, 19 May 2017 11:48 in blog Blog subscribe
Leave a reply
You are not allowed to leave a reply!