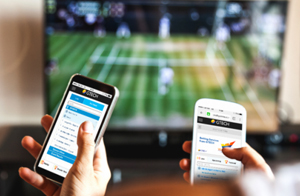 Kenya’s Interior Minister, Dr. Fred Matiang’i has come out strongly against sports betting companies in the African country. The minister called for changes to Kenya’s laws that cover betting and licensing regulations.

The Betting Control and Licensing Board was ordered by the government to oversee whether betting firms operating in the local market were in compliance with the regulations, especially the payment of taxes.

In a dramatic announcement, Dr. Matiang’i declared a suspension of all betting licenses.

“To show that we are serious, all betting licenses in the country stand suspended effective July 1, 2019 unless the holders pay all their taxes,” he said.

The government also ordered multiple departments to make sure that foreign investors in the Kenyan betting industry were paying taxes and were properly registered.

In a recent GeoPoll survey, it was found that Kenya has the highest number of young people betting among selected African countries, including Uganda, Tanzania, Ghana, Nigeria and South Africa. The age group polled in the survey was 17 to 35 years of age.

The same poll showed that Kenyans spend the most on gambling compared to the other African countries. Most local gamblers spend money on betting at least once a week and their total gambling costs reach up to $50 per month.

Minister Matiang’I sent out an emotional appeal to the relevant government agencies regarding high gambling debts accrued by young players.

“500,000 young people are blacklisted by lending agencies,” he said. “A majority borrow to bet. We need to clean up this sector, we are destroying our children/families.”

Kenya’s government is following in Uganda’s footsteps, after the latter’s president banned betting companies outright. Several months ago, the Ugandan Minister of Finance told the media that betting licenses would not be renewed once they expire, and the government had no intention of issuing any new licenses.

This entry was posted by on Tuesday, 23 April 2019 08:09 in blog Blog subscribe
Leave a reply
You are not allowed to leave a reply!