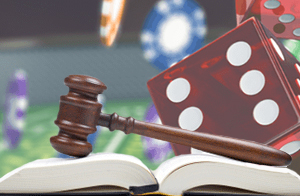 Kenya’s gambling industry is growing at a rapid rate even though the government hit iGaming operators with a massive increase in taxes earlier this year. Prior to the start of this year, iGaming operators had to shell out just 7.5 percent in taxes and were having a heyday.

The government hiked that rate up to 35 percent across all verticals (lotteries, prize competitions and sports betting) from Jan 1, 2018 much to the disappointment of gaming operators in Kenya. That decision forced a number of iGaming operators to exit the market as the tax rate meant a massive deduction in profits.

Aden Duale, a leader with the National Assembly decided to take up the issue by coming up with a new bill that reduced the gaming tax rate from 35 percent to 15 percent. To make sure his bill would get the required support, Duale decided to bring back a 20 percent gaming tax on all winnings. This 20 percent tax on all winnings wasn’t a new idea as it was first floated in 2016 but was abandoned after there were concerns over its implementation.

The Finance and National Planning Committee recently announced that they had decided to move forward with the new proposal to lower tax rates from 35 percent to 15 percent. The Committee also announced that it would not increase taxes on overall winnings to 20 percent but only raise it to 10 percent.

In a statement, Joseph Limo-chaired committee said “To be able to increase the tax base to also include winnings who form approximately 88 per cent of all the revenue generated from these activities and because this is the first time taxation is being introduced, the committee was of the view that 20 per cent is too high and hence the adoption of 10 per cent for both residents and non-residents.”

iGaming operators will have to keep their fingers crossed as the bill still needs the approval of the entire National Assembly as well as signatory approval from President Uhuru Kenyatta.

This entry was posted by on Wednesday, 27 June 2018 10:22 in blog Blog subscribe
Leave a reply
You are not allowed to leave a reply!