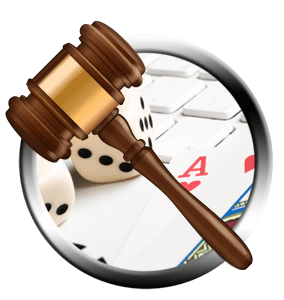 Is South African online gambling is legal? This is probably one of the most frequently asked questions in the country and many may have found themselves wondering whether playing their favourite games is a move that could see them facing a hefty fine or worse, jail time. Well, online gambling in South Africa is currently in a grey area and though there is a lot of legislation governing it, there are a few loopholes that make it open to interpretation. If you’re concerned about playing online, understanding the history of the laws passed about online gambling as well as the current state of affairs may go a long way to giving you some insight into the situation.

Going back a few years

Gambling in South Africa as a whole has had a pretty rocky past and though today you can visit big entertainment hubs such as Emperor’s Palace, MonteCasino and Grand West Casino and play just about any game your heart desires, there was a time when playing any games for a chance to win money was against the law. The 1965 Gambling Act saw horse racing become legal in South Africa but other games were completely banned.

Of course, as tends to happen when governments place a ban on any popular form of entertainment, people sidestepped the government and started setting up casinos that were illegal and by the time the 1994 democratic elections came along, there were thousands of these establishments in operation. After Nelson Mandela became the first democratically elected president of South Africa, he changed the law to allow some gambling in the country and licensed casinos were established in which people could play the games they enjoyed. Many people thought that the next logical step would see online gambling becoming legal but this was vetoed in 2010 by the Gauteng Gambling Board.

So if the term legal online casino is a paradox in SA, you may be wondering how it’s possible that some people play and haven’t been thrown in jail. Well, it’s not that simple. A 2008 Act states that the government was willing to legalise online casinos, which are not considered to be ‘illegal’ as much as ‘not regulated’. The difference here is key to understanding what you can and can’t do in regards to online casinos. Many people interpret this to mean that they cannot play at an online casino that actually operates within the borders of the country, that is, it has offices and employees in the country. This could be interpreted to mean that so-called ‘legal’ online casinos are those that offer services to South African players, but don’t actually operate in South Africa.

Two very interesting parts of SA online gambling legalisation (which can be found on the National Gambling Board website: http://www.ngb.org.za/faqs.aspx) state that, “A person must not engage in or make available an interactive game except as authorised in terms of this Act or any other national law.” Additionally, it states that “Online betting is legal with a licensed South African bookmaker.” These statements are confusing to the layperson, to say the least, which is why many people say that the law regarding SA online casinos is open to interpretation.

Should SA online casinos be legal?

There are many academics, especially economists, who are of the opinion that online gambling should be completely legal in South Africa and they may have good reason to think this. A recent Pricewaterhouse Coopers (PwC) report on gambling revenues stated that in 2014, the sector brought revenues of R23.9-billion, an amount that is predicted to rise to R30.3-billion in 2019. In terms of taxes, it was reported that the total amount received by the government in taxes from casinos was a staggering R2.5-billion in 2014 with sports betting (especially horse racing) and EBTs (Electronic Bingo Terminals) doing well in terms of revenue collection.

These figures are based solely on legal casinos, the national lottery, EBTs and sports betting and do not take into account the online casinos that are currently considered to be ‘not regulated’. Considering the rather uncertain economic climate South Africa is currently facing, and the high taxes both private citizens and businesses face, economists have posed a very important question in regards to the legality of online casinos in South Africa, i.e. how much money could be going into South Africa’s coffers if online gambling was legal? Though this would be a very difficult figure to predict, it does set the mind to wondering just how much larger our GDP (Gross Domestic Product) could be if the government declared SA online gambling legal.

The future of online casinos in South Africa

So what will the future bring? Will we see the South African government give SA players the chance to play when and where they want to? In all likelihood, this is not something the government is too focused on given the current state of affairs but should a more permanent Finance Minister be selected, we may see a big change how the moneymaking potential of online casinos is handled.