Is a New Cape Town Casino on the Cards for Tsogo Sun Group? 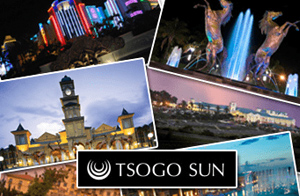 Will the Mother City finally be getting a new casino in its metropolitan area? Tsogo Sun, one of South Africa’s largest gaming and leisure groups, is hoping to find out whether it will be allowed to open a new casino that will rival GrandWest Casino, operated by Sun International. GrandWest is already considered one of the city’s main entertainment locations and it will be a hard act to follow.

Cape Town is expected to draft legislation and publish it for public feedback by the end of 2017, in a bid to hear comments about a second casino for the city center region.

“The potential to bid for the relocation of one of the smaller casinos in the Western Cape to the Cape Town metropole remains an opportunity for the group should the provincial authorities allow it,” said the chief executive officer of Tsogo Sun, Jacques Booysen.

There are currently four provincial casino licenses in the Cape: Sun International’s GrandWest Casino, and casinos in Mykonos, Caledon and the Garden Route, all controlled by Tsogo Sun. In addition, Tsogo Sun has minority stakes in the Sun International controlled Worcester and GrandWest Casinos. With such a large majority of the provincial licenses in its control, Tsogo Sun is the frontrunner to win the right to transfer one of its licenses to a new Cape Town site if and when the province allows it.

Analysts are slightly cautious about their expectations for a new casino, saying that it could spin a lot of revenue but it would also require a big capital commitment. South African casinos are currently struggling for growth traction, and the timing may not be ideal to open a new casino.

Tsogo Sun is hoping that its recently acquired electronic bingo terminal operator Galaxy and limited payout machine specialist, Vukani will turn a good profit for the group in the coming years. Both companies continued to trade well, according to the investment company Niveus, which recently sold them to Tsogo Sun.

Tsogo Sun is also hoping to long term growth through its redeveloped SunCoast Casino in Durban.

This entry was posted by on Tuesday, 28 November 2017 07:28 in blog Blog subscribe
Leave a reply
You are not allowed to leave a reply!