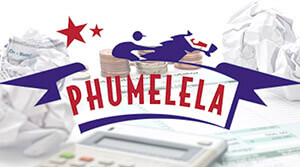 Legal complaints against Phumelela to the Competition Commission negatively impacted the group's local operations, according to one of South Africa's largest gaming and leisure companies. In addition, reduced betting on live international racing also affected numbers, it said.

"The legal costs were incurred in answering complaints lodged with the Competition Commission and the Public Protector against Phumelela and Tellytrack's reply to complaints lodged at certain gambling boards," noted Phumelela in a statement this week.

"Following the refusal by bookmakers to pay a fair value for the right to display international content in their betting shops, the international racing operators instructed Tellytrack to remove their content from Multichoice's channel 239 and to make such content available only to bookmakers."

The group said that international operations in foreign currency are fundamentally important to Phumelela's financial wellbeing. It also said that the weakness of the South African rand contributed to this growth.

"Profit before tax from international operations increased by 47 per cent benefiting from the export of South African thoroughbred horseracing media rights together with the concomitant betting thereon and from the group's Isle of Man joint operation," said the group.

Other numbers reported by Phumelela as follows:

Looking ahead, Phumelela said that international operations continue to grow, and a proactive strategy to diversify and offering new betting opportunities has become a priority for the group.

It said that it was considering more initiatives that would support the "competitive appeal of South African thoroughbred horseracing, which has shown an encouraging renewal of interest, growth and on-course attendance."

This entry was posted by on Monday, 13 October 2014 00:00 in blog Blog subscribe
Leave a reply
You are not allowed to leave a reply!