Government Satisfied with Handling of National Gambling Board 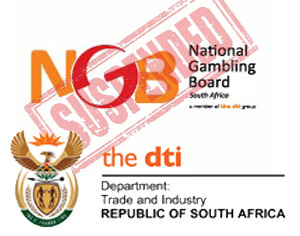 A document issued by the Portfolio Committee on Trade and Industry last week expressed satisfaction with the way the Minister of Trade and Industry, Rob Davies suspended the National Gambling Board while corruption charges are being investigated.

The document states that the Committee expressed appreciate to Dr. Davies for addressing the important issues surrounding the NGB case – not only by suspending the board but also instituting a forensic investigation into the matters.

Addressing accusations leveled against the minister that he tried to avoid Parliament or was evasive on any of the matters, the Committee unilaterally rejected these claims.

The chairperson of the committee, Joanmariae Fubbs explained why she was only able to meet Dr. Davies on November 6th in order to discuss the suspension of the National Gambling Board. She said that even before the media was made aware of the matter, she had already been informed. However, due to the Committee's schedule and that of Parliament, a meeting could only be scheduled for October 14th. When that date came closer, it was seen that the minister would be overseas on that date, while the Select Committee on Trade and International Relations was not available on the day either. As such, the first available date – November 6th – was thus scheduled and the meeting held.

"I encourage and support robust oversight and full accountability from the minister, the department and all entities," said Fubbs. "This was the first available date that suited all the parties that needed to be in the meeting."

Further, Fubbs vehemently denied charges that she had refused to meet with the chairperson of the National Gambling Board.

As a recap, Davies suspended the National Gambling Board pending the outcome of a "forensic investigation". The board is being accused of "maladministration, wasteful spending and corrupt activities" and for contravening the Public Finance Management Act by "making overdraft on the entity's bank account without the approval of the Minister of Finance."

The forensic investigation initiated by the Davies was tasked to assess the National Gambling Board and its activities. Two administrators were appointed to oversee the day to day activities of the board while the investigation was ongoing. At the time, the minister said that the suspensions were "precautionary", following allegations made from the Auditor General in the Boar's 2013/14 annual report.

This entry was posted by on Monday, 10 November 2014 00:00 in blog Blog subscribe
Leave a reply
You are not allowed to leave a reply!