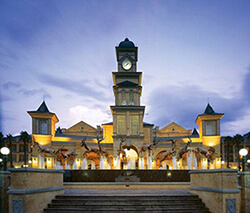 Casinos in Gauteng have been paying just 9 percent in taxes for almost a decade. At the beginning of March they were informed that tax rates could be significantly higher. Barbara Creecy, the Gauteng MEC for Finance and e-Government, proposed to hike the gaming taxes during the budget presentation at the Gauteng Provincial Legislature. Creecy proposed this measure in order to increase the revenue and budget of the state government, World Casino Directory reported.

In order to generate the additional funds needed for creating new jobs as the younger generation grows rapidly in Gauteng, the provincial government is looking for a way to increase the budget. The total budget is R97 billion out of which around R5 billion is generated from taxes on vehicle and gambling registration. The authorities want to increase the share to R5.6 billion before the end of 2019.

At the moment, casino licenses in the province are being reviewed while new casino gambling regulations are open for public comment since January 2016. The odds are that the flat 9 percent tax rate that all casinos in Gauteng currently pay will be eliminated and that the bigger casinos in Gauteng will be subjected to higher tax rates if the new bill gets approved. On the other hand, the smaller casinos could end up paying a lower tax rate.

Some of the leading casinos were not very happy to learn of the new gaming tax proposal and have expressed their concerns. Gauteng government officials have responded that comments and concerns from stakeholders have been gathered and promise that all the issues will be taken into consideration before the law is rolled out.

It seems as if the Gauteng government was inspired by the neighbouring provinces such as the Western Cap and KwaZulu-Natal, where higher tax rates apply to casino gaming. Apart from new jobs, the government also wants to invest into infrastructure projects dealing with education in order to construct new schools needed as the number of migrants coming to Gauteng grows every year.

Speaking of taxes, The Casino Association of South Africa (CASA) published the figures of the contribution of the casino industry to the South African economy for the fiscal 2014-2015. The record shows an increase of 4.5 percent from last year, or R17.2 billion to the gross domestic product in SA. It is believed to be a direct result of the anti-illegal gambling campaign launched by CASA.

This entry was posted by on Tuesday, 29 March 2016 00:00 in blog Blog subscribe
Leave a reply
You are not allowed to leave a reply!