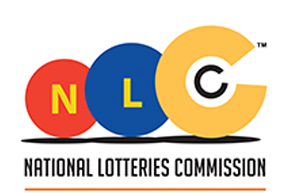 An executive who served for many years on the South African National Lotteries Commission is heading to the Labour Courts in the hope that he will get his job back. Sershan Naidoo, who was a member of the Commission’s division to evaluate funding requests, failed to get reinstated in a hearing at the Commission for Conciliation, Mediation and Arbitration last year. He believes that the only way to get back his job is to ask a judge to decide.

Naidoo claims that he was dismissed unfairly after he started asking questions about the suspicious allocation of funding requests for Arts, Culture and National Heritage.

“I was questioning how the NLC was allocating funds, and I was interrogating some applications which looked suspicious,” Naidoo told Fin24.com.

The matter started off as a dispute regarding the terms of his employment. As part of the South African National Lotteries Commission restructuring, he was offered a new contract, with assurance that his salary would not be affected. However, when he was finally given the new agreement to look over, he found that not only had he lost all his accumulated benefits from over the years, first as a driver for the Commission and finally working his way up to a media spokesperson and member of the evaluation funding team; but his salary was also 20% less.

“Something more sinister was behind my dismissal, and it has to do with the fact that I was diligent at my job and was asking uncomfortable questions about funding – which I was employed to do – and others in the organization started to get uncomfortable,” he said.

Naidoo is not the only executive who believes that there is a conflict of interest in the way Lottery money is spent. A recent report by GroundUp uncovered questionable grants that involved Lottery money. The report shows how money is sometimes directed to dodgy projects, making use of a 2015 amendment to the Lotteries Act which allows the Minister of Trade and Industry, the NLC or its board to identify needy projects without these projects having to officially apply. There are too many holes in this proactive funding policy, leaving it wide open to corruption, according to the report.

This entry was posted by on Wednesday, 16 October 2019 10:31 in blog Blog subscribe
Leave a reply
You are not allowed to leave a reply!