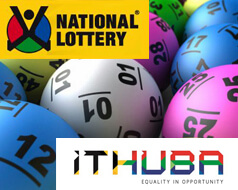 A Pretoria High Court has given the green light to Ithuba Holdings to replace Gidani as the official operator of the South African National Lottery. Gidani challenged a decision made by Trade and Industry Minister, Rob Davies to transfer the lottery license to Ithuba Holdings, but High Court Judge Neil Tuchten said recently that Gidani had no grounds to oppose the appointment. As such, Ithuba Holdings is now allowed to take over the operation of the lottery from June 2015.

Gidani has one more prospect available – that of a review of the appointment, however the judge said that the incumbent operator had a very weak chance to see its current license renewed in May next year.

Gidani was originally named as the preferred bidder by the National Lotteries Board last year in a bidding process which is part of the requirements to have the license renewed. Davies, however, decided to go against the board's suggestion and instead appointed Ithuba Holdings – which was a reserve applicant – as the preferred applicant. Under Davies' orders, Gidani was demoted to reserve bidder. Naturally this was not seen favorably by Gidani.

The minister finally selected Ithuba Holdings as the group to receive the South African National Lottery license, but not before consultations with lawyers, economists and departmental advisors. Gidani argued to the High Court judge that Davies was not entitled to seek expert advice, however Judge Tuchten said that this was permissible.

Gidani argued that Minister Davies made an irrational and arbitrary decision when it chose Ithuba Holdings over themselves, claiming that the minister had not taken all the necessary considerations into account.

"Gidani relied on material put up by the minister to answer to the criticism about his decision to appoint Ithuba as preferred applicant to make a case that he acted unlawfully," said Judge Tuchten. "I have strong reservations about the nature of the right which Gidani seeks to protect."

He added that there were sufficient grounds to award Ithuba Holdings the license, based on the fact that the minister believed that the group's business model was more favorable to Gidani's and would also meet the requirements of proper contributions.

This entry was posted by on Tuesday, 16 December 2014 00:00 in blog Blog subscribe
Leave a reply
You are not allowed to leave a reply!