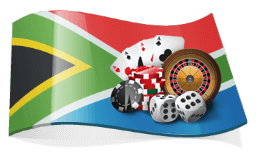 The chief executive officer of the Casino Association of South Africa, Themba Ngobese said in an interview recently that he believed that the country’s gambling sector is facing many challenges. Pointing to South Africa’s growing economic woes, Ngobese said that the Reserve Bank’s projected hike of interest rates as well as provincial governments’ attempts to raise gambling taxes would add to challenging conditions.

Casino gambling contributes the bulk of gambling revenues to South African coffers, with R17.2 billion recorded in 2014. However the declining rand, growing unemployment and lower income among the population which leads to less spending money could badly affect gambling revenues.

“National government may also be tempted to increase corporate taxes in the form of income tax and value added tax,” said Ngobese. “Lastly, we face upward pressure on operating costs such as municipal rates and taxes, utility costs etc. Unfortunately, all of these challenges will certainly have negative consequences on business in South African in general, but the casino industry as well.”

Another person shining light on the challenges facing the casino industry is Price Waterhouse Cooper Souther African leader for hospitality and gambling practice, Pietro Calicchio who said that while the sector has grown year on year, operators are not happy with the growth rate.

He said that the sector grew by 4.5% but pointed out that inflation was above that figure. He said that the rand was likely to impact casinos since slot machines used in South African casinos are imported. Calicchio spoke about the upgrading of slot machines, which typically have a lifespan of five to six years. He said that while it was at the casino’s discretion to make upgrades to machines as it sees fit, it is a necessity if a casino wishes to continue to attract clientele.

This entry was posted by on Friday, 19 February 2016 00:00 in blog Blog subscribe
Leave a reply
You are not allowed to leave a reply!