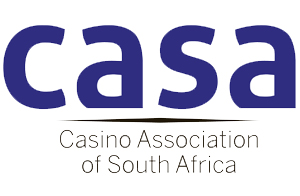 The Casino Association of South Africa (CASA), issued a statement on Thursday, calling on the government to introduce stricter regulations against illegal gambling activities and unlicensed casinos in the country. CASA, which represents South Africa’s licensed land-based casinos, said that illegal gambling operations were having a detrimental effect on the economy, as they were eroding the revenues of licensed casinos. According to CASA, everything was being negatively impacted, from corporate investment budgets to job security.

The South African government, said CASA, should do all it can to adopt a zero-tolerance policy to illegal gambling activities. The group said that there had been an alarming upsurge in the number of unlicensed casinos. It warned that if the government did not do enough to stamp out what it called ‘criminal activities’, the economy would soon feel their negative impact.

The chief executive of CASA, Themba Ngobese pointed out that licensed casinos in South Africa such as MonteCasino and GrandWest Casino, paid a huge portion of what they generated to the state through local, provincial and national taxes. It is estimated that their overall contribution is 36% - or over one third – of the value they generated. Ngobese said that even if these casinos saw a small decline in their revenues due to the effect of unlicensed casinos, the South African industry would soon feel the consequences.

Ngobese said that not nearly enough was being done to combat illegal gambling. He said that while there were laws in place, they were meaningless “without a firm and consistent commitment to enforce them.”

Advocate Ngobese said that in the year ending March 2017, CASA members experienced losses in revenue of almost 2% “attributable in large part to aggressive illegal gambling activities.” While the 2% figure may not sound like much, he said, the fact remained that for an industry that contributes R6 billion in taxes and levies, the drop of a few percentage points could have “a massive knock on effect.”

The CASA statement concluded that “Ngobese implores the government to step up with a deliberate and concerted effort to enforce its laws to protect the regulated gambling industry and the public.”

This entry was posted by on Wednesday, 19 September 2018 08:58 in blog Blog subscribe
Leave a reply
You are not allowed to leave a reply!