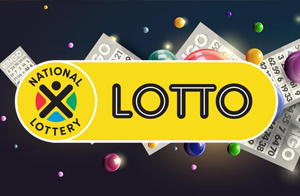 Somewhere out there, a South African lottery winner is walking around with the potential to be R28 million richer – and he or she may not even know it. The South African lottery operator, Ithuba, has made a desperate call to a Capetonian who bought a ticket last year and only has until next month to claim their life-changing prize.

According to a spokesperson for Ithuba Lottery, Busisiwe Kolo, the winner bought the winning ticket at Shoprite Checkers in Sanlam Center in Parow. The player now has until February 13th to claim the R28 million prize.

If the money is not claimed by then, the ticket will be forfeited and Ithuba will place the money in the National Lotteries Distribution Trust Fund for charitable causes in South Africa.

An appeal was made for lottery players to check their tickets and see whether they perhaps overlooked this particular draw.

“R28 million is a life-changing amount of money,” said Kolo. “We hope that the player will respond to our efforts in trying to find him or her as we are ready to assist.”

If someone suspects that they are the winner, they should contact the lottery offices on 0800 484 822 to claim the prize money. Since this is a gigantic amount, a strict claims process has to be followed before the money will be paid out. The lottery service traditionally pays out smaller prizes directly to the winner.

Ithuba has had the honor of paying out huge amounts to winners of South African lotteries in recent times. The biggest Lotto jackpot ever won was R110 million, which was divided between four ecstatic players in January last year. Powerball, however paid out a staggering R102,016,595 prize to a player in 2011.

The largest jackpot won by a single Lotto ticket holder was paid out to a pensioner in November, 2017. The man, who had lived in poverty all his life, suddenly found himself R50.7 million richer. In April 2017, a player from KwaZulu Natal won R34.4 million – another single ticket win.

This entry was posted by on Monday, 21 January 2019 11:14 in blog Blog subscribe
Leave a reply
You are not allowed to leave a reply!