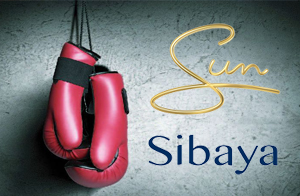 South Africa is a great sporting nation who appreciates a variety of different sports. This month the African nation is set to host some exciting events such as the 7th Africa Boxing Series and a Rugby Union Tour where England will take on South Africa at home.

The 7th Africa Boxing Series is scheduled to take place on 27th June at the Sibaya Casino & Entertainment Kingdom in Durban. South African boxing fans will be paying special attention to this event as two WBA Pan African title fights are part of the card. Fans who cannot make it to the casino to take in the live event, can tune into Fox Sports South Africa who will be broadcasting the event throughout the nation.

There are also a number of other exciting fights on the card including a Heavyweight elimination bout which will see Marc Subramoney fight Justice Siliga.

Fox Sports is set to cover the local boxing scene in Africa and air a monthly Africa Boxing event which will be broadcasted to over 22 countries throughout the African continent. The boxing event is expected to see more than 2 million viewers tune in each month.

In a statement, Kyle de Klerk, Director of Commercial and Business, FOX Sports Africa said “The Africa Boxing fight bill for the 27th of June 2018, sees experienced defending champions and debut boxers share the stage at a world class venue, Sun Internationals Sibaya Casino & Entertainment Kingdom. Our partnership with Sun International allows us access to venue’s and audiences hungry for this action”.

The Africa Boxing Series will be aired on Fox Sports 2 and the event will also be streamed via the Fox Sports Africa Facebook page.

This entry was posted by on Tuesday, 12 June 2018 07:53 in blog Blog subscribe
Leave a reply
You are not allowed to leave a reply!