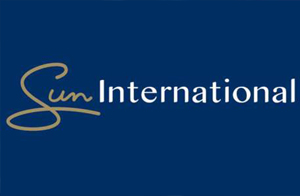 The South African casino and hospitality group, Sun International, has warned the public about a new Ponzi Scheme doing the rounds that is using its brand name in a fraudulent manner. According to the group, criminals are using social media platforms such as WhatsApp and Facebook to offer too-good-to-be-true returns on investments that involve so-called Sun International properties.

People have reported on receiving messages inviting them to invest between R1,000 and R10,000 in a scheme that is divided into different investment vehicles (silver, gold, diamond and platinum). They are being told that they are able to earn three times their initial investment in less 30 days.

Sun International has come out strongly against the Ponzi Scheme, saying that it does not, nor will it ever, offer such as scheme.

The chief operating officer of Sun International, Thabo Mosololi, said that the scheme is “patently false and clearly intended to defraud people.”

In an article about the false Sun International promotion in The Cape Argus, cyber security expert, Prof. Bruce Watson from Stellenbosch University, said that South African needs to urgently work on creating and providing better and more secure software systems, as well as update the country’s legal systems. He admitted, however, that these are not easy challenges.

In the past few months, a number of big organisations and corporations have announced attempted or successful breaches of security of their systems. The City of Johannesburg, for example, reported a breach of some of its networks, as did some South African banks.

A security specialist told The Cape Argus that a recent survey showed that 20% of South African companies had fallen victim to an email scam at least once.

This entry was posted by on Friday, 29 November 2019 09:50 in blog Blog subscribe
Leave a reply
You are not allowed to leave a reply!